Ios is a very beautiful and picturesque Greek Island with excellent sandy beaches and hundreds chapels. Its beautiful hora (capital), is a dazzling mix of white washed houses and blue domed churches.

Hora (or Village or Ios Town), the island’s capital, is one of the finest towns in Cyclades. Built on the top of a hill, with medieval castle, white washed houses, maze streets, churches and a dozen of windmills reminding you of past days, when the islanders used the wind power efficiently to make their windmills work. There are remains of the walls of the ancient city. At the top of Hora is the chapel of Agios Nikolaos and under the castle the church of Panagia Gremiotissa. In Hora there is the Archaeological Museum of the island. Apart of that, most of the bars and clubs are in Hora, each one offering a different style of entertainment.

Gialos is Ios’ port, 2Km from Hora. It is quieter than hora and has a sandy beach, taverns and bars. Close to Gialos are Tzamarias, Koubara and Kolitsani beaches. Behind the port climbs the old stairway to Hora (20 minutes).

Mylopotas beach is the most popular beach on Ios, and one of the best in the Greek Islands. It is a Blue Flag beach which is more than 1km long and very wide, with beautiful golden sand and crystal clear water. 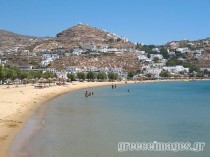 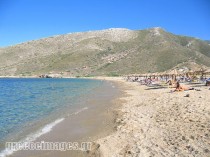 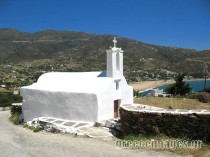 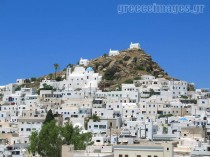 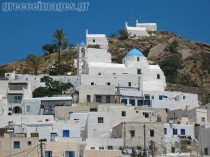 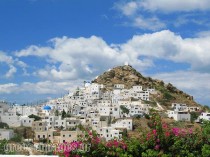 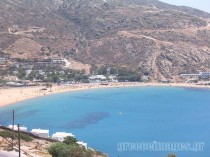 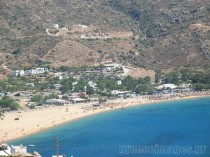 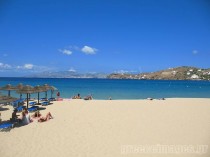 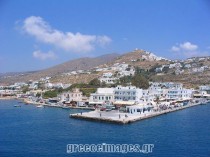 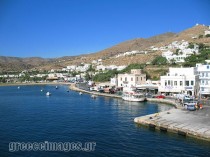 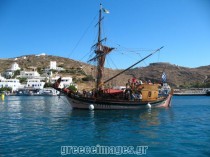 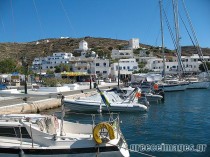 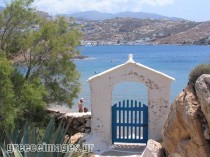 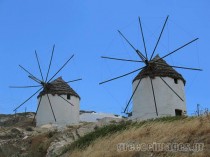 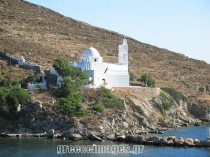